The prediction of the damage, the future evolution of the orbit of debris and asteroids and their response to a deflection/removal attempt require modelling of the dynamics and dynamic environment, the long term simulation, the modelling and simulation of the possible damage including re-entry and impact on ground

In this talk, Professor Vasile will introduce this research area that forms the basis of every analysis or tool that aims to predict the evolution of the debris environment, the danger of an actual impact with an asteroid, the consequences of a deflection or removal action. 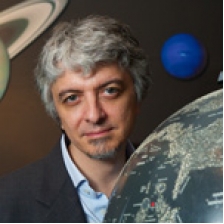