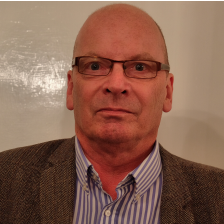 Guy has more than 16 years’ experience in protecting GNSS Receivers from emerging threats, having started his career as a Systems Engineer involved in the development of GPS Adaptive Antenna Systems at Raytheon Systems Limited in the UK. Guy also spent time at Rockwell Collins UK as Lead Systems Engineer – European GNSS, later becoming the Product Manager – European GNSS. He has also advised UK businesses on GNSS vulnerabilities during a spell at the Satellite Applications Catapult, then joined Spirent in May 2014 as Market Segment Manager, Robust Positioning Navigation and Timing.

Guy was awarded his MSc (Eng) in Communications Engineering from the University of Birmingham and his BSc (Hons) in Physics with Atmospheric Physics from the University of Wales Aberytstwyth. Guy is a Chartered Physicist, a Member of the Institute of Physics and was elected a Fellow of the Royal Institute of Navigation in 2015 in recognition of his contributions to the field of GNSS vulnerabilities.