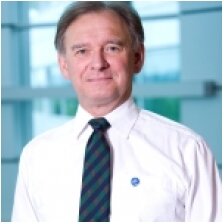 Previously he was a Senior Executive Advisor to the CSA President and past Director General of the Space Science and Technology branches of the Canadian Space Agency located in Montreal.

He is also a faculty member of the International Space University (ISU) based in Strasbourg, France.

After his Ph.D. he worked in private industry as an R&D scientist specializing in Fourier Transform Spectroscopy. Since the early 1980s, he has worked for the Canadian federal government, first with the National Research Council of Canada in Ottawa as a program scientist and, since 1989, with the newly created Canadian Space Agency.

Dr. Kendall’s scientific interests include upper and middle atmospheric chemistry and physics, atmospheric spectroscopy, Michelson interferometry, space environment interactions and space debris. In 1984 he was the principal investigator of an experiment that flew on the Space Shuttle and has served on several science teams involved with space science experiments devoted to the atmospheric sciences.

In 2002, Dr. Kendall was awarded the Queen Elizabeth II Golden Jubilee Medal in recognition of his significant contributions and achievement to Canada.